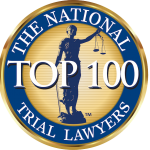 Anyone with a cell phone or a computer can say anything about anyone these days and it’s instantly on the internet for all the world to see. It’s a free country and the law protects free speech. But, because spreading false information — defamation of character — can ruin lives, reputations and hurt business and careers, the law also discourages people from circulating stories that aren’t true.

Slander Per Se or Defamation Per Se

Defamation is hurting somebody’s reputation by saying or writing things that aren’t true about the person; saying it is Slander, while writing it is Libel. According to Florida law, a person commits libel or slander if “(1) the defendant published a false statement; (2) about the plaintiff; (3) to a third party; and (4) the falsity of which is meant to hurt the plaintiff’s reputation or economic well-being.”  Generally, in order to successfully sue someone, you need to show damages; you need to show how someone else’s negligent or reckless actions hurt you or cost you money.

However, sometimes the things people say can be so awful that damage is obvious. The damage is a given. Then it’s Per Se Defamation or Per Se Slander:

“the plaintiff need not show any special damages because per se defamatory statements are “so obviously defamatory and damaging to [one’s] reputation that they give rise to an absolute resumption both of malice and damage.”

In other words, you have a per se defamation case in Florida when “the injurious nature of the statement is apparent from the words in the statement itself.”

The thing about defamation lawsuits is that terms like internet defamation, slander, malice and reputation leave a lot of room for interpretation. It takes a skilled and determined Florida defamation lawyer to make sure a case is filed properly and pursued aggressively.

Take the case of Isaac Aflalo, who saw a Facebook post implying that he was committing elder abuse by taking advantage of an elderly man in his care. The post, by Eugene Weiner, apparently a relative, read simply “…Isaac took advantage of an old 94plus sick man elder abuse [sic]”. Aflalo sued Weiner, accusing him of defamation per se. It would seem on the face of it that Aflalo had a good argument. But the case was thrown out because the court decided that Aflalo failed to properly frame his case with strong arguments within suitable legal definitions.

You can protect yourself and your business from damaging online reviews. The Orlando defamation, libel and slander attorneys at the Rivas Law Firm can take steps to stop unfair online attacks on your character and reputation. Our expert defamation lawyers will demand that offenders stop unfair accusations. Sometimes all it takes is a Cease and Desist letter. Sometimes the situation demands stronger action, such as a court injunction.

When your business reputation is being damaged by online defamation or your personal reputation is slandered, you’ll want the best defamation of character lawyer in Orlando. Consider the Central Florida defamation attorneys at the Rivas Law Firm.

Our Libel and Slander attorneys also know the best way to defend against defamation lawsuits in Central Florida. When your rights or reputation are on the line we don’t mess around. Call 407-644-2466 to discuss your situation with an experienced and aggressive lawyer who can help.