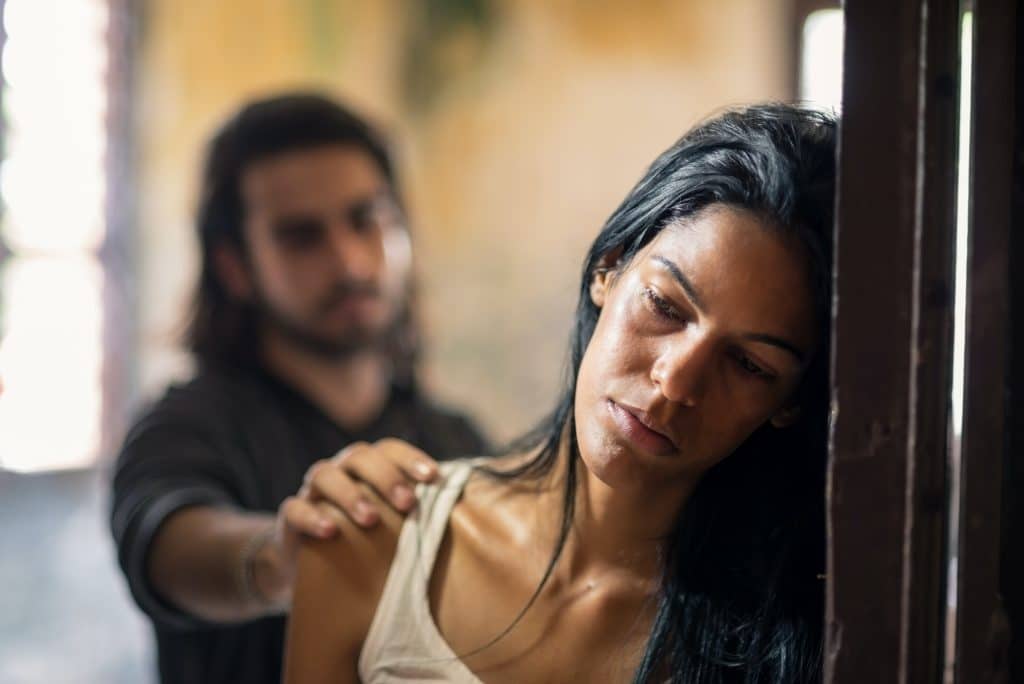 Even in the best of times, frustration and anger in relationships can lead people to lash out at partners or family members with aggressive and regrettable words and actions. Law enforcement agencies statewide receive more than 100,000 reports of domestic violence every year resulting in nearly 65,000 arrests. Orange County logs more than 4,000 domestic violence arrests every year, including nearly 1,100 arrests in Orlando alone – and domestic violence cases are on the rise.

What is Domestic Violence in the State of Florida

Other Crimes associated with Domestic Violence as defined by Florida statute 741.28   include:

A defendant  who is arrested for Domestic Violence cannot get out of jail by posting bond. The defendant must first appear before a judge at an Initial Appearance Hearing within 24 hours.. Without proper representation, the judge will most likely issue a No Contact Order prohibiting the defendant from contacting the alleged victim  or returning to the scene of the incident — even if it is the defendant’s  own home.

As your domestic violence attorney, a lawyer  from the Rivas Law Firm will appear at this initial hearing and request a bond hearing. Your attorney will also petition the court to allow  you to contact the alleged victim and seek permission for you to return home. The alleged victim cannot modify a No Contact order, only a judge can do that, and you will have a better chance for success when an experienced domestic violence attorney pleads your case before the court.

Can I drop the charges for Domestic Violence?

In many cases, the accuser wants to drop domestic violence charges. But under Florida law, the alleged victim cannot decline to press charges — before or after an arrest. Once police have been called and you’re booked in the system your fate is in the hands of prosecutors who are encouraged to aggressively pursue charges. Florida law states that “The state attorney… shall adopt a pro-prosecution policy for acts of domestic violence.”

Domestic violence laws can be complicated and charges can be layered.  However, the prosecutor is not required to file charges, and if contacted quickly enough, a domestic violence defense attorney may be able to persuade the state attorney to reduce or even dismiss the charges if there are mitigating circumstances. If the prosecutor is convinced he has enough evidence to convict, he will do everything within his control to persuade you to  negotiate a plea or to stand trial. An aggressive domestic violence criminal defense attorney can help you get the charges dismissed by:

A Rivas Law Firm domestic violence defense  attorney will investigate the case to build the best defense possible. We will examine  all aspects of the case and l file motions on your behalf. Police are required to follow certain procedures when collecting evidence when they arrest someone on domestic violence charges. We are often able to persuade the judge to reject questionable witness statements or exclude certain evidence if it was improperly collected.

Some of the most effective Domestic Violence defenses include:

Since you are being charged with a serious crime that will impact you for the rest of your life, it is vital to protect your rights and present a vigorous defense.

Penalties for Misdemeanor Domestic Battery are serious and can have lifelong consequences. Hiring an experienced Orlando criminal defense attorney can  increase your chances of getting the charges reduced or even dismissed. FOr instance, you may be allowed to enter a diversion program which will ultimately result in dismissal of your charges. Conviction of domestic battery charges can include mandatory jail time as per Florida Statute 741.283 among other consequences:

Our client was a husband who came home after a long day at work and decided to take a nap. His wife checked his cell phone and saw several text messages suggesting that he may have been unfaithful. She aggressively woke our client. There was an altercation when the wife blocked the door as the husband was trying to leave the home. After he left, the wife called 911, alleging that the husband grabbed her by the hands and threw her on the floor. Upon returning home, the husband was arrested on Domestic Violence charges. He was held in the Orange County Jail and the judge issued a restraining order prohibiting the husband from contacting his wife or returning to their home — which he had purchased prior to the marriage.

After being released from Orange County jail, the husband  contacted the Rivas Domestic Violence Defense Law Firm. Our extensive investigation revealed that the facts did not back up the victim’s allegations. We uncovered  discrepancies in the alleged victim’s written statements and in her call to 911. We also found inconsistent statements in the arresting officer’s initial body camera interview. In addition, we  discovered that the wife had motive to blackmail our client with issues concerning immigration.

Once we shared this information with the prosecutor, we were able to persuade him to dismiss all charges and our client was allowed to return home.

Our aggressive and experienced Domestic Violence Defense team gets results. If you have been arrested on domestic violence charges call the Orlando Criminal Defense Attorneys at the Rivas Law Firm in Winter Park. With nearly 30 years of combined experience, we’ve helped people get through legal troubles and get on with their lives. Let us help you. Don’t go it alone. Call 407-349-4211 to talk with a professional. 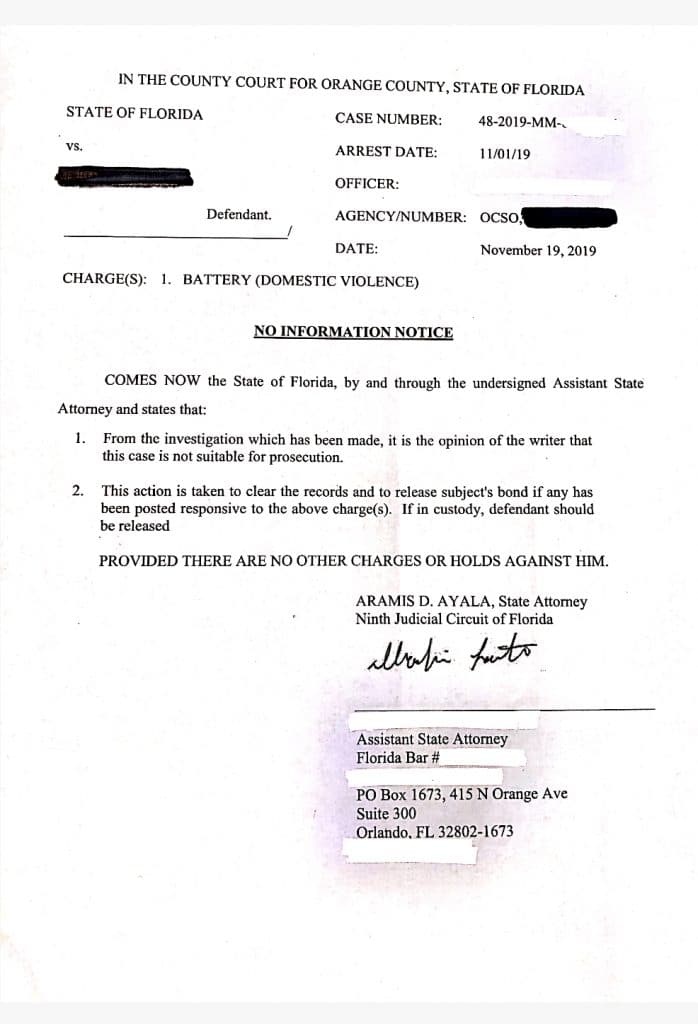