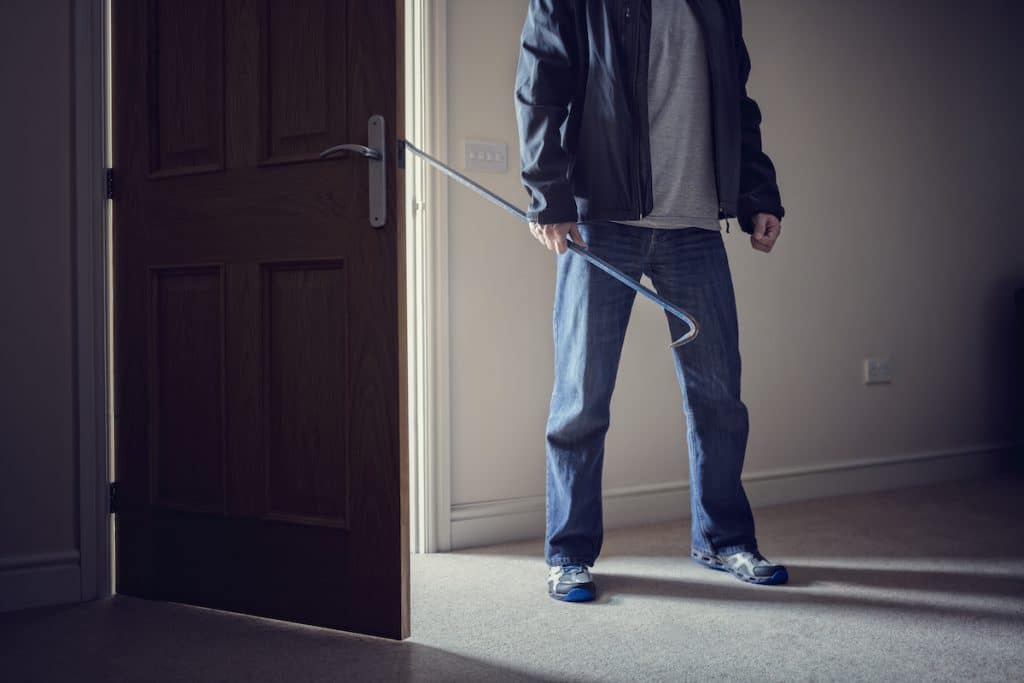 Burglary, Florida Statute 810.02, is basically breaking into–or otherwise illegally entering–a building or a vehicle to commit a crime. The severity of the charges depends on the circumstances, including whether the building or structure in question was occupied or if anyone was injured and how much damage was done. For instance, a simple break-in without a weapon into an empty building would likely be considered a third-degree felony, with a potential five-year sentence. However, committing Assault and Battery and/or possessing a deadly weapon during the commission of a burglary is a first-degree felony that can mean a sentence of life in prison.

Possession of Burglary Tools is having tools or instruments meant for breaking into a building. Such tools include prying devices like crowbars, slim jims, lock picks or even ordinary hand tools. It’s a third-degree felony, punishable by up to five years in prison, five years of probation, and a $5,000 fine.

As with any case, a criminal defense attorney can make pretrial motions to have certain evidence suppressed (if the police violated procedure) and make motions to dismiss the case altogether if the prosecution has a weak case. If the case goes to court, your lawyer may present mitigating evidence, argue that your act was not intentional, or use other appropriate measures or tactics in your defense.

Common defenses to burglary charges in Florida include:

A complicated Florida Criminal Sentencing Scoresheet is one of the most important reasons to have an experienced burglary defense lawyer represent you in court. The state uses guidelines and a system of points to rate the severity of a crime and recommend a corresponding

For example, Burglary of an Unoccupied Structure (one of the top five offenses that get people sentenced to prison) is a Level 4 crime that rates 22 points, which means you have more than a 1 in 10 chance of going to prison. Anyone with 44 or more points is definitely going to prison unless a good lawyer can persuade the judge otherwise by introducing mitigating circumstances.

For instance, an attorney may show that the defendant was barely involved, a minor accomplice. A lawyer can argue that a defendant was impaired or provoked. A good attorney might be able to persuade a sentencing judge that justice would better be served if the defendant were allowed to remain free in order to work and to provide restitution for the victim. If a plea bargain is the best strategy, a seasoned and experienced criminal defense lawyer is your best negotiator.

A Good Attorney can Make all the Difference

Florida judges sentenced more than 2,000 defendants on burglary charges last year. Half of these defendants are now in state prison for years. The others got a few months in county jail, probation, or house arrest (Community Control). The folks out walking around likely had the best lawyer. And if you are charged with burglary in Florida, you’ll want the best burglary defense attorney you can get.

The Orlando Criminal Defense Attorneys at Rivas Law have successfully defended many cases involving burglary charges. It’s important to contact an experienced criminal defense attorney if you are charged with any crime. Call 407-349-4211 to speak with a skilled and aggressive Orlando Burglary Defense Attorney at the Rivas Law Firm.